Ekapada also called Ekapada Murthy is one of the lesser-known forms of God Shiva. Who is usually seen in a standing erect position on a single leg which signifies that Shiva as the supreme god and the pillar of the universe. This form of God Shiva is mainly found in temples of South India and Orissa.

Ekapada is described as one among the 64 forms of God Shiva as well as in the 25 Leela Murtis. This form is also mentioned in Vedas, Agamas, and several holy scriptures. The Idols of this form can be usually seen in large Shaiva temples of Southern India as statues inside the temple or depicted on the gopuram. In Orissa, This diety is considered as Ekapadabhairava and is a common sight to see him among the deity statues present in the old temples.

Forms of God Shiva that are closely related to Ekapada

Among the 64 forms of God Shiva, three forms namely

are closely related to each other but all these three forms are different.

In them, Ekapda Murthy is the form that represents only Shiva standing alone on a single foot signifying that the God Shiva acts as the cosmic pillar of this entire universe.

Coming to the Ekapada Trimurthy, it is a form that shows that Brahma and Lord Vishnu emerges out of Shiva signifying the God Shivas supremacy and indicating that both Brahma and Vishnu are emerged out of Shiva.

While the Tripada Trimurthy is just a similar form to Ekapada-trimurthy but here you can see the legs of Vishnu and Brahma had completely emerged out but one can observe one of their legs is still attached to the Ekapada’s. Many believe that this form indicates that the work of Vishnu and Brahma was assigned by the God Shiva.

In both forms of Tripada Trimurthi and Ekapada Trimurthi, one can see Brahma and Vishnu emerging from the right and left sides respectively with folded hands worshipping God Shiva.

What do Hindu Holy Scriptures say about this Form?

Many Scholars believe that this form is evolved from the Ajaekapada mentioned in Vedas.

In Vedas, Ekapada is usually seen associated with Ahi-Bhudnya, The serpent of the deep ocean. Aja and Ekapada are described as a kind of Agni and in association with Rudra.

In the Agamas, This diety is described as one of Rudras and Ekapada-trimurthy as an aspect of Vidyeshwaras. While in the tantric scriptures, this form is considered as a Bhairava form.

In the Linga Purana and Viswakarma Shilpa Shastra, both Aja and Ekapada are described among the ekadasa (Eleven) Rudra forms.

The characteristic feature of Lord Ekapada is the single leg and is usually represented in an standing erect position with four arms, three eyes, and wearing tiger skin around the waist. The upper hands hold a tanka and a deer, while the lower hands showing Abhaya and Varada postures.

The head is adorned with a Jatamakuta and the body with respective ornaments. Also, the leg is usually seen to be placed on a Padmapeetha.

In Orissa, this form is considered as Ekapadabhairava and is represented standing with a single foot, four arms, and three eyes. Sometimes one can see the figures associated with his attendants.

In the Ekapada trimurthy form, Vishnu and Brahma are shown emerging out of God Shiva in this form where the Vishnu and Brahma showing an Anjali pose worshipping Shiva with their lower hands, while the upper hands holding their divine weapons.

Coming to the central Ekapada form, it is usually the same diety as described above with four hands, three eyes, crystal color, and wearing tigerskin.

The worship of Ekapada is present since Vedic times and was popularized heavily on the rise of Shaivism in Southern India and Orissa, during which the deity became an aspect of temple structures. Depiction of the different forms of God Shiva gained importance while constructing large temple structures during which all the three forms got a significant place.

Also, the Rise of Tantric, Yogini cult in the old and medieval times especially in Orissa and Some parts of northern Andhra brought up the importance of this form as a form of Bhairava.

Later the practice of worshipping him as Ekapadabhairava form evolved. During which the form became an aspect closely associated with Saptamatrukas and Goddess Mahishasuramardini and further as a secondary deity or Parivara devatas especially in Orissa.

Further, Being one among the 64 forms and 25 Leela Murthy’s of God Shiva also added great importance to this form for worshipping.

While reading Hindu texts you will notice the names Ekapada, Ajaekapada, Ajaikapada, etc that lead to the confusion. Some of the scholars think that all these names as the same. But several scholars disagree as Aja is different and Ekapada is different. Aja or Ajesa represents the Lord of unmanifested, while the Ekapada is the Lord with one foot.

To supplement the above statement, in the names of Eleven Rudras ( EkadasRudras), both Aja and Ekapada are referred separately although options vary. 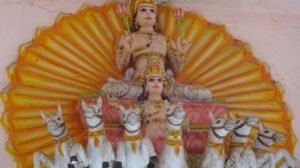 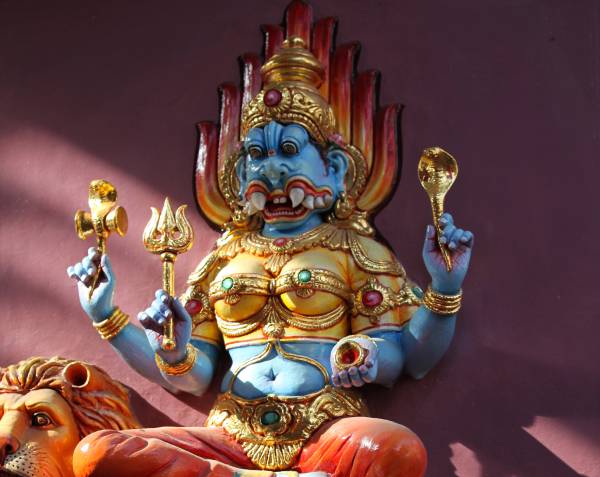 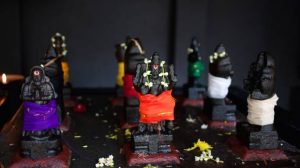 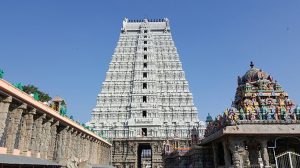 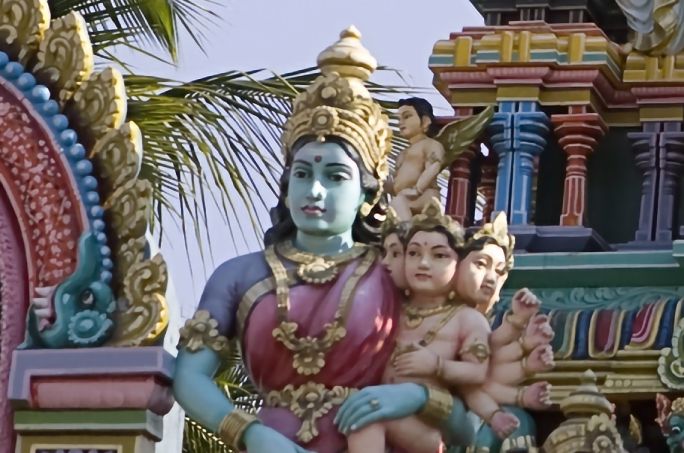 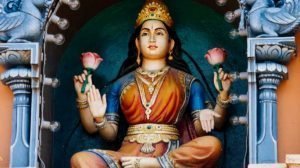 Sri Suktam Lyrics in English with Meaning and Benefits